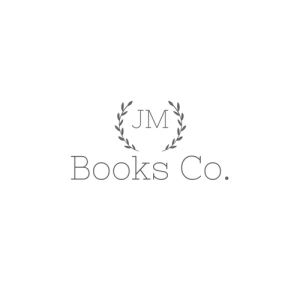 In the opening scene to Damien Chazelle’s La La Land, the award winning musical sweeps artists, dreamers, and visionaries into the magic of The City of Angels.  From the award winning soundtrack to the panoramic views of Los Angeles, featuring Ryan Gosling and Emma Stone dancing into the sunset, it is no wonder that this city has made it on most people’s bucket list.

Winning the most awards for any given film at the Golden Globes this past year, La La Land’s exquisite jazz numbers and pastel skylines creates a desire to experience the city for yourself. As one living on the outskirts of Downtown Los Angeles, the infamous traffic and blistering summer temperatures year round are worth it. This article gives an itinerary to the traveler who wants to sing  “City of Stars, are you shining just for me?” through all of Los Angeles, just as Gosling and Stone did.

Dance through the Griffith Observatory

Experience one of the most beautiful shots of the city at the landmark that earned its fame when it was first featured in the James Dean film, Rebel Without a Cause. In a city known for its smog, this is one of the best clear sky spots in Los Angeles to watch the sun disappear into the Hollywood Hills as the stars make themselves visible in the sky. The Observatory is open all days of the week, except for Mondays.

Located in the heart of Downtown Los Angeles, and right across the street from the Bradbury Building, featured in 500 Days of Summer, the market offers foods and produce of all ethnicities and cultures. Gosling and Stone eat at the market’s Pupuseria, offering authentic El Salvadorian food, a true delight for any foodie. One of my favourite spots at Grand Central Market is Street Thai! Then, walk across the street to Blue Bottle Coffee and then down the block to The Last Bookstore (this bookstore is a book lover’s dream.) The busiest hours are at lunchtime on weekdays and weekends.

After all, Los Angeles is the home of the arts industry, so what’s a trip to Los Angeles without a tour of the Warner Bros Studio? Take a small group tour and experience the sights and sounds of Old Hollywood, as well as sitting at Central Park Cafe, where many scenes were shot from the beloved series Friends. Afterwards, drive down to Beverly Hills and check out the LACMA light posts that were also featured in the film.

Sing Along the Beach’s Pier

The wonderful thing about Los Angeles is that the beach is only a thirty-minute drive from Downtown. And, what’s more is that there are so many different beaches to choose from. Featured in La La Land, Gosling whistles and sings the film’s trademark song along the Hermosa Pier. Other beaches with similar piers and beautiful views of the Pacific Ocean include Manhattan Beach, Huntington Beach, and Santa Monica, just to name a few.

Mia, Emma Stone’s character, works as a coffee barista by day and an aspiring actress by night. It is no wonder that the coffee culture has taken over the country as coffee serves as an antidote to inspire people towards their dreams. And, yes, Los Angeles has plenty of coffee shoppes to choose from! If you want to emerge entirely into the L.A. culture, check out Alfred Coffee (Melrose Place), Copa Vida (Pasadena), and Urth Caffe(Los Angeles and Pasadena). Pasadena is also the location of the Rose Bowl and where Stone and Gosling took a stroll along the Pasadena City Bridge.

For now, cheers until next time!

*Here are some of my favourite memories made in L.A. 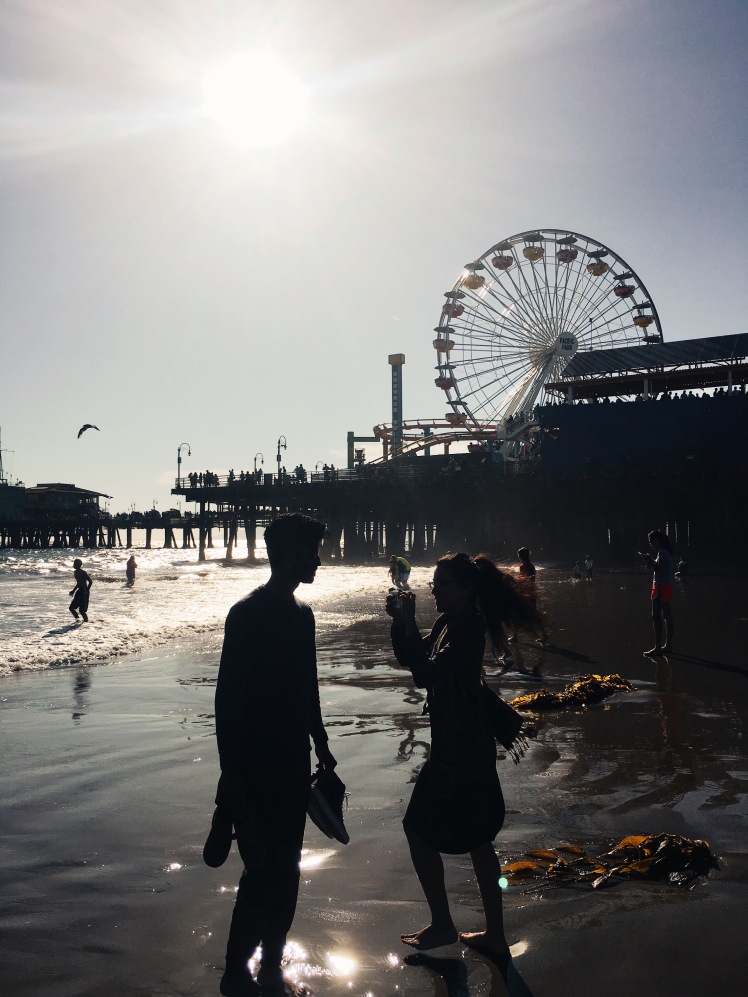 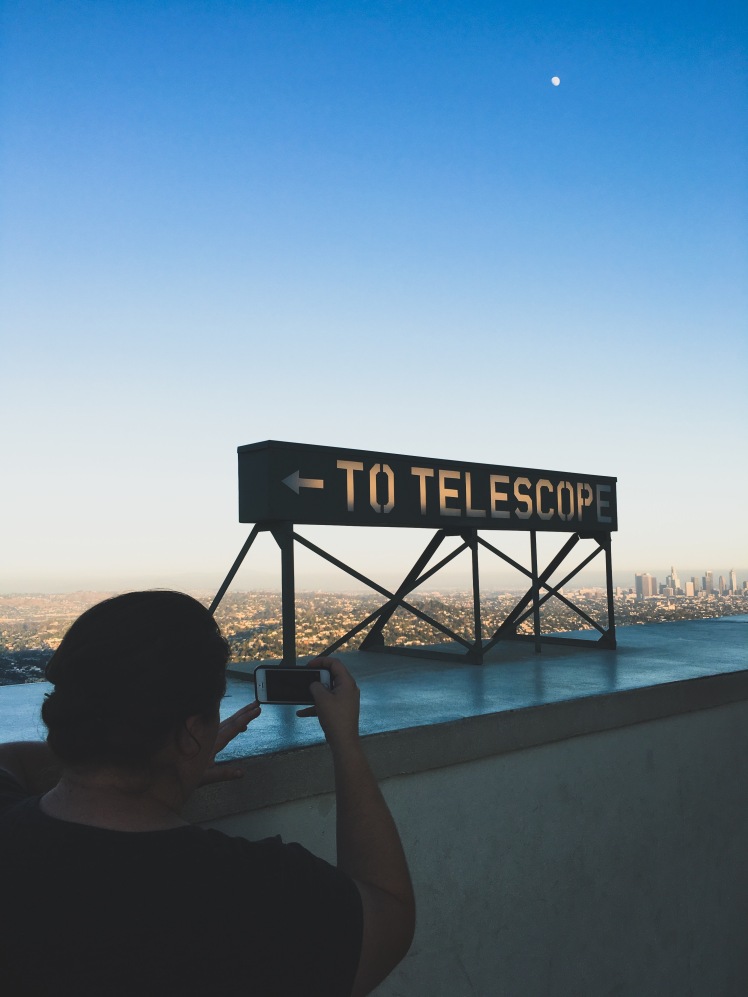 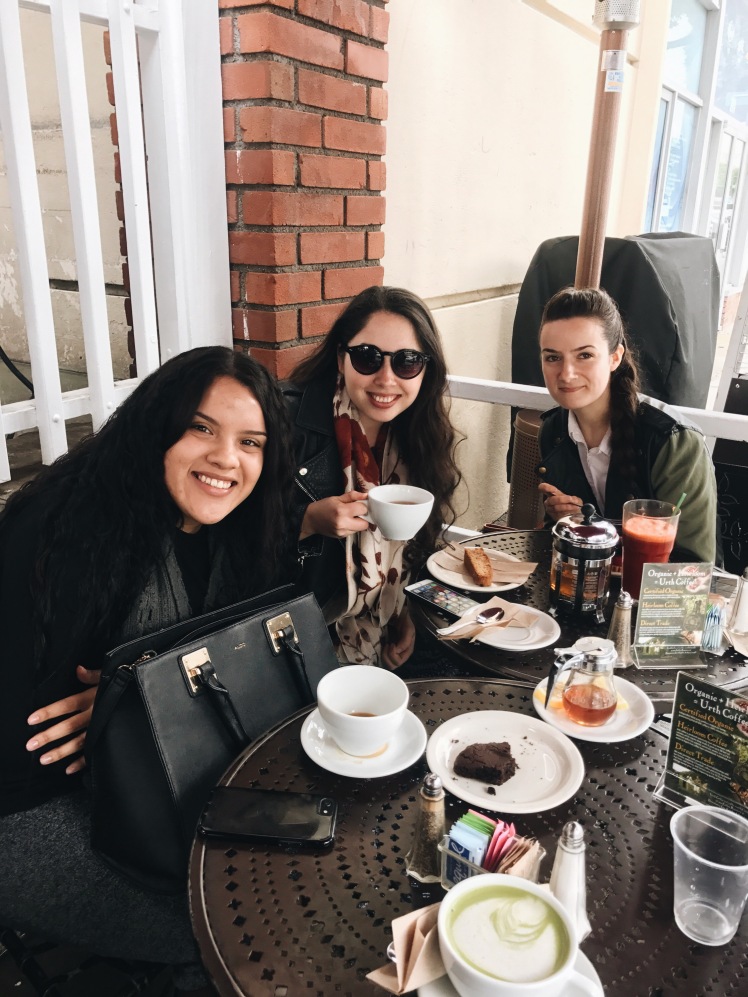 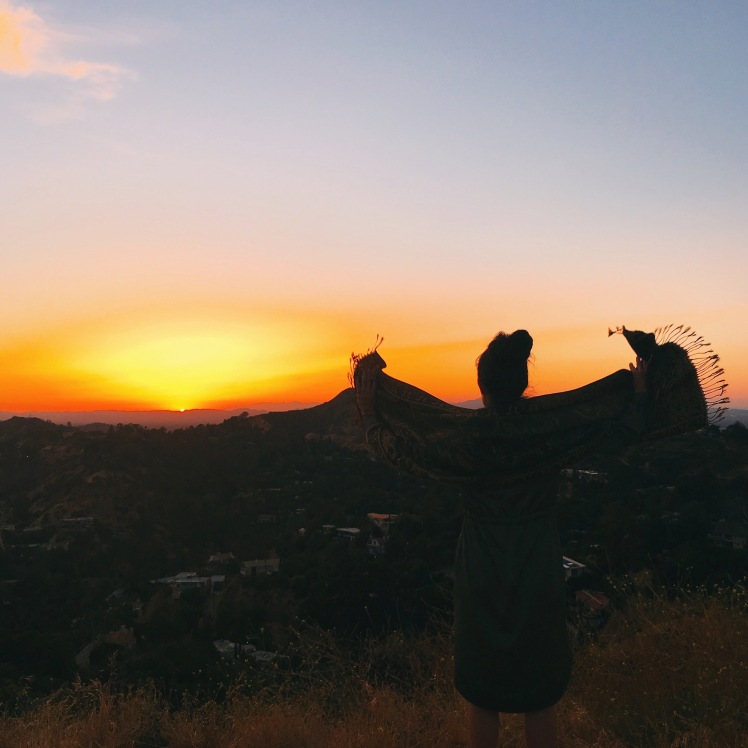