"Speak the truth even if your voice shakes." B.A. in Communication Studies. Author of Historical Fiction. View all posts by jenmalech 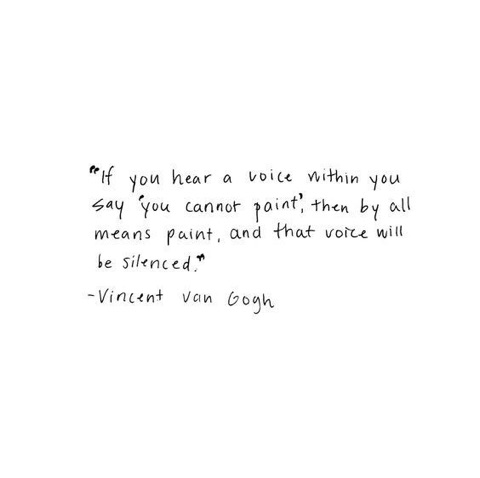 (n). the conscious use of the imagination in the production of objects intended to be contemplated or appreciated as beautiful, as in the arrangement of forms, sounds or words

There are many different definitions for the word, art, but this one, in particular, drew me in. I believe that as human beings, we were created to create. We all have imaginations, yet some more than others, choose to become consciously aware of that imagination, turning nothing, a mere thought rather, into something that makes other humans feel deeply.

Whether a piece of art makes you feel angry, sad, or joyful, an artist chooses to tap into the depth of human emotions in a way that often times others might ignore.

The process of creativity begins by silencing a fearful mind. Every time I sit down to write, I fight little voices within.  Whenever I share a post about my recently published book and my second book that is to be released later this year, my mind goes into battle. If you are not a creative, then it might be difficult to understand the creative process, so let me open the window to a creative’s heartbeat.

Last night, I had a conversation with a dear friend of mine over the creative process. She acknowledged how much she admires those who “take a leap off the cliff” so to speak.

I love the quote above by Vincent van Gogh. In essence, he challenges us, as human beings, to silence the voices within by doing the very thing that we are afraid to do.

Henry Matisse writes, “Creativity takes courage.” I’ve shared this quote before, but the simplicity of it is so raw and true.

As an artist, you are putting your work out there, work that will be criticized, even by friends. And, for many, that is a leap not worth taking.

However, as one who has taken the leap, I breathe life into your heart and ask that you silence the thoughts that are telling you it’s not worth it. I’ve been surprised by the support of others and equally surprised by those who have discouraged me in my pursuit of writing.

However, in a moment of failure or weakness, I realized something, a powerful truth, that I believe will set the artist free.

Ask yourself, why are you creating?

I create to express the inexpressible, to bring light to the darkness, to make sense of my world, to tap into the Master’s art canvas, and to understand the Creator better through my own fingertips.

Thus, whatever it is that people say to bring fear and disheartenment into your heart, remember this: It isn’t necessarily for them.

An artist’s willingness to be vulnerable with the world, a world that often puts on a facade (even on our social media accounts),  is a creative heart that has learned to silence a fearful mind.

My greatest hope is to make an impact in people’s lives.  While we are human beings, who are far from perfect, we have been given a gift, the gift to create and to share with others the Creator’s heartbeat.

Cheers to the dreamers, the poets, and painters who have dared to let go and take one of the greatest leaps of faith. Creativity is a process. The more you practice and invest into your art, the greater you will become at it. And, to those who support the artist in the very beginning stages of their dream, cheers to you! You bring joy to the creative heartbeat and restore the artist’s lost faith.