"Speak the truth even if your voice shakes." B.A. in Communication Studies. Author of Historical Fiction. View all posts by jenmalech

What is your book about? Is it about music? What is Somme? We all have questions before buying a book and through this post, I hope to answer a few that have been sent my way since the release of A Song for Somme. While I don’t expect everyone I know to read this book, I thought it would be useful and fun to offer a little insight into its chapters if you are considering adding this historical fiction read to your shelf this Holiday Season. 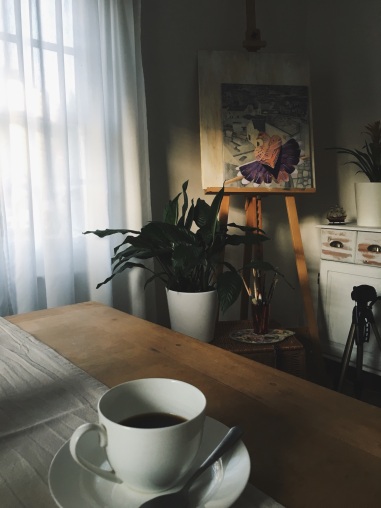 “Ever since I had returned to England, I heard the music in my ears and I couldn’t let it remain in my head for that much longer. Charles called me insane. I called him insensitive. It was after the Battle of Somme, that’s when I heard the notes scrape through my ears and down my spine. When I returned to English soil, it haunted me, reminding me that all of that blood was just as futile as explaining to one of the kids why it had been shed in the end.”

Set in England in the year 1922, Lloyd Fox, a cynical atheist who is determined to re-make himself through music, finds himself studying music composition at Oxford University. It is there that he tries to make sense of the war, his little brother’s death at the Battle of Somme (the deadliest battle during World War I), and the secrets that haunt him from days previous. He is in inner turmoil with himself, wrestling with questions that go beyond his night terrors.

The book takes place in a transitional time in England’s history where the repercussions from the war welcome in the jazz era, bidding adieu to the traditional Edwardian values that had governed their lives. Lloyd is surrounded by friends that are intoxicated with the new London jazz scene while also feeling caught in the middle between the dichotomy of upper and lower class society.

“Although I had returned to Oxford, there was discontentment found in its cracks, a howling for the days before the war, of feet that trod upon their boards which no longer walked this earth.”

It isn’t until Lloyd meets Charles beau, a mysterious violinist from Ireland, that he begins to soften to the prospect of jazz music flooding their lives. But, much more than this, he is forced to face a hidden dark secret from the past, a truth that can’t even be hidden behind his musical compositions.

Charles girl, Cherry, confronts Lloyd on such matters, “Though beautiful, you use music as an escape. It will come back to haunt you…
I suggest you face the demons you’ve been trying to run away from.”

In a journey that takes the reader from Oxford to London, where Lloyd becomes the Cafe Royal’s hotel pianist, the reader will be transported to the mastermind behind Lloyd’s musical compositions, unraveling stories of an almost unforgivable past that will bring Cherry and Lloyd together in the most unexpected way.
“She thought about it for a moment, our footseps lightly chorusing the sounds of a metronome…’Do you ever feel like there are parts of your life that were just a dream, but in fact they might actually be true after all?’ … like the Cornish waves greeting my summertime toes, an unexpected curiosity that I had not asked for gripped my senses.” 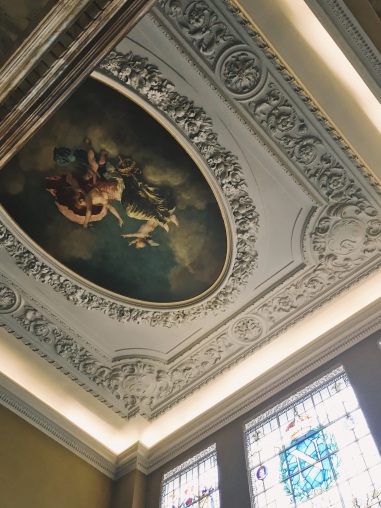 This mysterious journey also includes weekend trips to the Yorkshire countryside with aristocrats that makes Lloyd’s skin crawl, yet intrigue him all at the same time.
“Their laughter erupted the statuesque ceilings, reminding me that this was an affair that I would never grow accustomed to, a lifestyle of which I could not come to acknowledge as my own. Everything we breathed upon was old money.”

It has the reader walking the golden cobble streets of Oxford, where Lloyd meets an old reverend at The Eagle and Child Pub, their conversations addressing his own inner turmoil with life.
“What good is our human existence if it is not used to better another?” Reverend Thomas smiled. 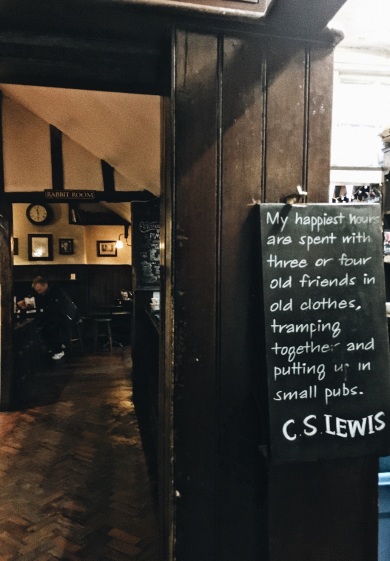 And, lastly, the entire book is interwoven with themes of grief, redemption, and hope as Lloyd writes and composes the musical composition that will change the trajectory of his life.
“When life expects the unbearable, it makes life more easy to bear, but when the very thing that would never be expected occurs, it almost becomes unforgivable.”

Together, Cherry and Lloyd perform the composition at Queen’s Hall where they first met.

“I closed my eyes and took the cue, painting the notes across the black and white ivories with gentle care. In a haunting manner, Cherry joined in with me after the first minute. Our fingers, in all of their pain and dysfuction, met together in the air. The two lovers were departing ways, one off to war and the other to spend her grieving days in Cornwall. Within a matter of moments, the eruption of the drumline brought us all into war. The battlefield was gruelling, and the explosion of strings blared the shouts of officers as the endless ceasefire carried into the night. It was an uproar as the brass instruments joined in march with the strings, the attack absolutely seamless. As the end of the battle neared, the strings joined in col legno with the march of the drums. I lifted my head from the music before me and watched as nearly the entire orchestra came to a quiet end, like satisfied sharks returning back into the deep sea. For all that remained was the cry of a single violin as her vibrato reached the furthest ear in that grand room. And, then, the room became suddenly still.”

Yet, it is what happens afterward that will make you believe in hope for humanity again.

I know some of it’s quite vague as I can’t give away all of the spoilers, and twists and turns. But, hopefully, it is enough to peak your interest! Or, perhaps consider telling a friend? For more of A Song for Somme, check out our my other posts and read Chapter 1 here.  A Song for Somme is available on both Amazon and Barnes and Noble!